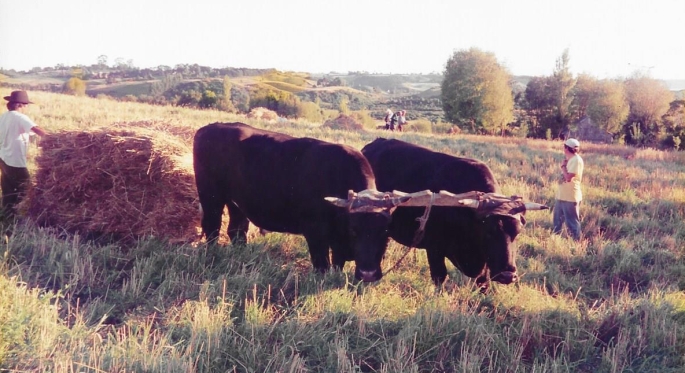 The Ice Age ended 10 000 years ago and the Neolithic spread across the globe as farming took the place of hunting. What the Neolithic brought was the cultivation of grain crops that could be stored and traded. Storage of food brought wealth.

What wheat, barley, rye and oats also brought were oatcakes, pancakes, dumplings, pies, pasties and bread. All of these are made with flour. The mark of the Neolithic was stone querns for grinding cereal grains to flour.

I was going into town one day when I overheard a conversation: “The way to make it in life is to get a yoke of oxen.” The listener nodded. “You can hire them out to all the farms round about for ploughing and for harvest, and never want for anything.” I’d never thought of it like that. Also, when vehicles got stuck in the sinking sand on the beach, they paid good money for the yoke of oxen to pull them out.